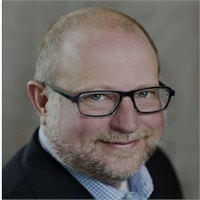 Dan assists in all aspects of the financial planning practice, helping ensure clients are on track for a financially successful retirement.

Dan entered the financial services industry at the age of 40 as a Financial Representative for Fidelity Investments. Dan joined Clifton Capital Partners, Inc. to help advisors develop financial plans and recommendations that are in the client's best interests, empowering them to make superior financial decisions.

Dan's professional life began with the US Navy, spending two years training as a Nuclear Machinist Mate and four years onboard the supercarrier USS Carl Vinson as a nuclear reactor mechanic.  He traveled the Pacific Rim and the Indian Ocean, which allowed him to experience many cultures in a variety of nations.

Upon his honorable discharge from the Navy, Dan studied at the University of New Hampshire in his home state, earning a dual Bachelor of Arts in economics and philosophy. He is a member of the Golden Key National Honor Society and the Phi Beta Kappa honor society for academic excellence. After spending a year working as a Child Development Counselor in the White Mountains of New Hampshire, he started working towards his Master of Arts in Philosophy at Miami University in Ohio.  The university covered part of his tuition for being a Teaching Assistant in philosophy to undergraduates.

After two years of academic life, Dan decided to return to New Hampshire to become the Program Director at the group home where he was previously a Child Development Counselor. In 2006, after eight years as Program Director, he entered the financial services industry.

Dan transferred from New Hampshire to Texas in 2011. He is a Lector at his church, enjoys catechesis, bible study, reading, the outdoors, and long walks with his beloved dog.  Dan is a life-long Patriots football fan.